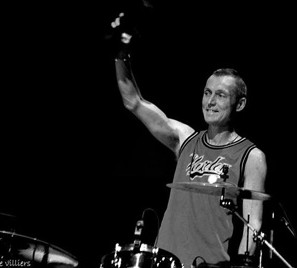 Barry van Zyl is a Cape Town based musician, producer, composer and drummer.  He performs globally every year with the Johnny Clegg Band.

Performed and/or recorded with:

Barry studied at the Musicians Institute Of Technology in Los Angeles between 1990 and 1995, graduating with Honors. He also completed the ‘invite only‘ post grad Encore program.  In 1996, he received a scholarship from Berklee College of Music in Boston.

Barry was awarded the 2015 Dean’s scholarship at Henley Business College and is completing his Music & Creative Industries MBA.

Barry van Zyl is endorsed by: